Read more blogs about the Pilanesberg

Other than Sun City, the main attraction of the Pilanesberg, is the Pilanesberg Game Reserve with its rich diversity of wildlife. 55000 ha in extent and surrounded by three concentric circles of hills, legacy of an early volcanic eruption, this is the fourth largest game park in South Africa, easily accessible on good roads from Johannesburg some two and a half hours away.

The Park has the “Big Five” – lion, leopard, elephant, buffalo, as well as both white and the more belligerent black rhino, add cheetah and wild dog to make up what is known as the “Magnificent Seven” animals to see in Africa. The Pilanesberg Game Reserve has one of the widest diversity of species of any of South africa’s Game Reserves.

Animals regularly seen would be zebra, giraffe, warthog, baboon, monkey, hippo and crocodile, as well as a variety of antelope, including kudu, gemsbok (Oryx), impala, springbok, waterbuck, wildebeest, eland, blesbuck, tsessebe, steenbok and the rarely seen magnificent sable. These, along with a number of the more elusive or rarer animals such as the Brown Hyena are often encountered. There are over 350 different species of birds in the Pilanesberg Game Reserve. For those interested, there is a walk through aviary at Manyane Camp where approximately 80 of these indigenous species can be seen.

From the Bakgatla Resort, one is able to enter the Pilanesberg National Park and drive the maze of roads in search of animals. A number of photographic hides have been constructed for guests use. The central large dam is a favourite haunt of so many of the Park’s animals - a good place to visit, with the Pilanesberg Centre also close to Manwke Dam. This has a gift shop where cold drinks, snacks and basic safari supplies are available. A restaurant for meals, tea, coffee and alcoholic beverages and also toilets is in the centre .There is an interactive computer where visitors are able to check a map of the park and also see where the latest sightings of any animals was made. There is a deck area in front of the Pilanesberg Centre which has panoramic views over the Park, with wildlife sometimes merely a few metres away.

Alternatively guided tours into the Park are offered. Should Bakgatla be fully booked, let us arrange accommodation for you at its sister Lodge, Manyane. Alternatively there are a number of fully hosted and catered Luxury Private Lodges within the Pilanesberg National Park which we would be able to book for you.

Should guests wish to visit Sun City, the gates to the roads outside the Park are open 24 hours – so enjoy a show or the Casino at leisure and return to Bakgatla as it suits. It would take approximately 45 minutes to drive to Sun City from Bakgatla. 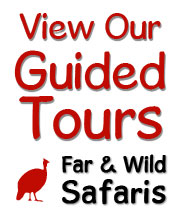 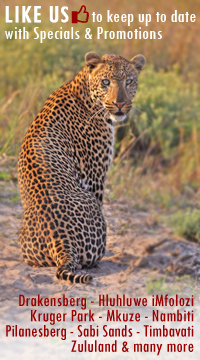